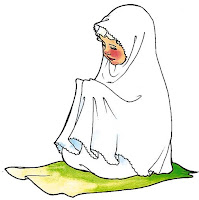 At last... yesterday mom called and said that Salam's dead body was finally found, 5 kilometers away from the place he went.. after 5 days of searching.. how sad.. ;'( arwah's dead body was buried last night. pity his family... it must be hard for them to live their lives as usual after this, as nothing happened.. May ALLAH bless them with strength.. ameen... 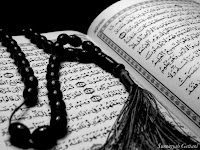 Q: Does Islam believes in several God because the Quran uses the word ‘we’ when God speaks in the Quran?

A: Islam is strictly a monotheistic religion. It believes in and adheres to uncompromising monotheism. It believes that God is one, and unique in His attributes. In the Quran, God often refers to Himself using the word ‘we’. But this does not mean that Islam believes in the existence of more than one God.

a) In the English language, the Queen of England refers to herself as ‘we’ instead of ‘I’. This is known as the ‘royal plural’.

b) Rajiv Gandhi, the ex-Prime Minister of used to say in Hindi, “Hum dekhna chahte hain”. ‘Hum’ means ‘we’ which is again a royal plural in Hindi.

c) Similarly in Arabic, when ALLAH refers to Himself in the Quran, He often uses Arabic word ‘nahnu’ meaning ‘we’. It does not in indicate plural of number but plural of respect.

“Say He is ALLAH the one and Only.”

Posted by MieJida at 1:43 PM No comments: 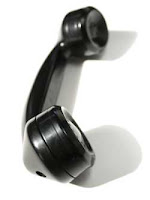